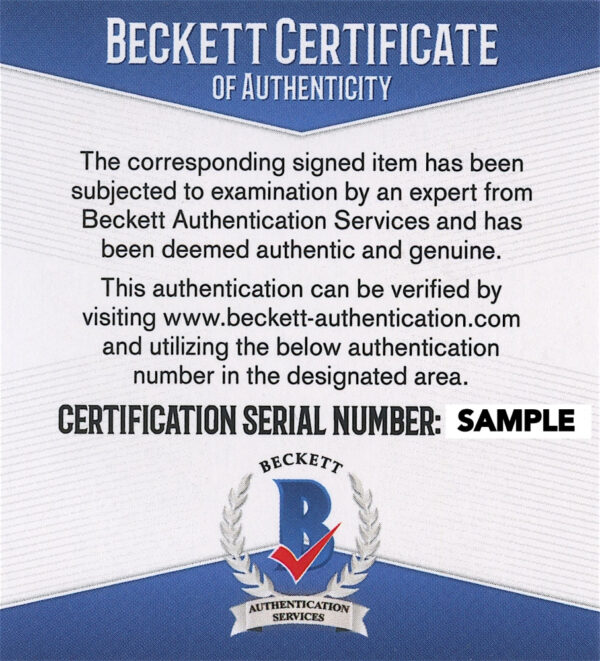 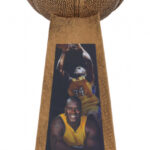 This replica Trophy celebrates Shaquille O’Neal’s four NBA Championship wins and his induction into the Basketball Hall of Fame. It measures approximately 14″ in height and has been hand-signed by Shaquille O’Neal.

O’Neal, mostly known as Shaq, is a four time NBA Championship winner, winning three NBA Championships in row with the Los Angeles Lakers between 2000 – 2002 and a fourth with the Miami Heat in 2006. He was inducted into the Naismith Memorial Basketball Hall of Fame in 2016. Shaq played for six teams over his 19-year career in the National Basketball Association (NBA). At 7 ft 1 in (2.16 m) tall and 325 pounds (147 kg), O’Neal is regarded as one of the greatest basketball players of all time breaking many backboards and bending hoops along the way.

*Authentication & Certificate Of Authenticity serial numbers have been blurred for display purposes to protect authenticity.

Contact us to find out how Verified Insignia
can assist in adding value to your brand by
helping to preserve and share memories
& legacies for current & future generations.